The International Livestock Research Institute (ILRI) kicked off week 2 of COP27 at the Indigenous Peoples Pavilion with their participation in the session, Mobile pastoralism for climate change mitigation, ecosystem restoration and resilient food systems.

Hosted by the International Land Coalition, the session brought together individuals working in government, science and communities to discuss insights and innovations to advance pastoralism and build greater climate resilience for rangelands and pastoralists in the run up to the United Nation’s designated International Year of Rangelands and Pastoralists 2026.

‘Pastoralism cannot survive away from rangelands because that is what we depend on for our livestock,’ said Agnes Leina, Founder and Director of Il’Laramatak Community Concerns, an NGO working on human rights and development concerns of pastoralist communities, especially involving women and girls, in northern Kenya. 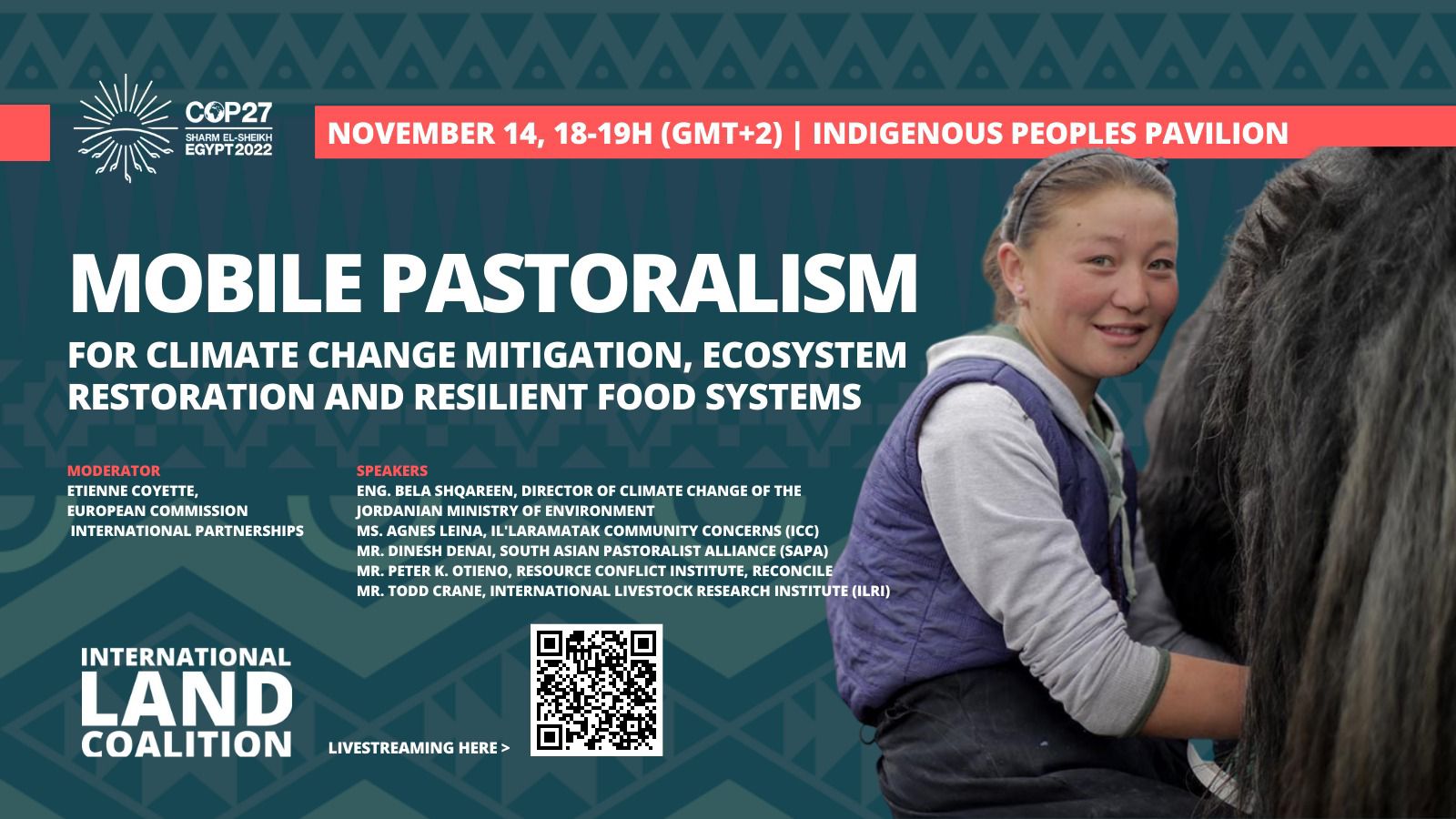 Agnes spoke about the importance of creating inclusive policy, specifically referencing Kenya’s efforts to include women in the decision-making process but that these commitments on paper don’t always trickle down to action on the ground.

Director of Climate Change of the Jordanian Ministry of Environment, Eng. Bela Shqareen, highlighted the work the Government of Jordan is doing to engage local pastoralist communities with rangeland management plans. He spoke to the sense of ownership this engagement provides to better integrate plans and communities in the quest for climate resilience.

Todd Crane, principal scientist at ILRI, spoke about the Participatory Rangeland Management (PRM) innovation developed by ILRI which is building the capacity of local pastoralist communities to better manage lands and improve land security. PRM is a grassroots land management approach linking rights and economic benefits to the environment and pastoralist communities.

‘Without effective institutions and clearly delineated management plans there will be no adaptation to climate change,’ Crane said.

The major takeaway of the event was that successful implementation of initiatives and policies rests on the greater inclusion of women in pastoralist community conversations and a stronger focus on integrating indigenous knowledge.

Also in attendance virtually was Dinesh Denai of the South Asian Pastoralist Alliance and Peter K. Otieno of the Resource Conflict Institute (Reconcile) but due to connectivity issues, they were unable to actively engage in the discussions.